Sour beers are a growing presence on the brewing landscape

Lore has it that thousands of years ago, when humans first discovered that hops, grain and water combined to create beer, all the resulting beverages featured a taste profile that we would describe as sour.

Blame the microorganisms that linger around us—then and now. Bacteria and naturally occurring yeasts were in the air, water and dust, and especially in the open vessels often used to craft the early brews. They settled freely in the wort (the grain and water mixture that forms the beginnings of beer) and thrived.

Once Louis Pasteur demonstrated how to rid food and prep equipment of unwanted microorganisms using his namesake process and simple sterilization, brewers learned the importance of making sure the final product was free of unwanted microbial visitors. Open wooden vessels gave way to closed, easily cleaned copper kettles and eventually, stainless steel vats. Paired with high-temperature cleaning, the simple changes all but eliminated the potential of unwanted critters infesting a batch of beer.

The disappearance of sour beers from the American landscape also had a good bit to do with changes in approaches to food storage, as well as a healthy dose of big-business marketing, says Craig Wensell, CEO and co-owner of Bellefonte Brewing Co. in Wilmington.

“Brewing in America has been in an awakening almost since Prohibition. Everything changed after that period of self-isolation. Sour beers almost immediately made a comeback right after that,” he says. “But along with the whole concept of canned foods and long-term shelf-stable products, there was an attempt to run the old-style beers off. Either that or they just faded away.”

Because nothing is as alluring as the forbidden or unattainable, modern brewers began to plumb history for those funky flavors lost through modern cleanliness. However skeevy it might sound, in pursuit of this primordial flavor born from higher acidity, modern beer makers began intentionally infecting their brews with several types of bacteria and wild yeasts, all designed to add a little something to bring about that new/old sour flavor only the wonkiest beer enthusiasts and culinary anthropologist even knew we were missing.

The master brewers of Belgium were the first in recent history to bring these flavors back to commercially produced brews, going back to the old open koelschip—the Germanic name for what Americans refer to as the coolship, or an open vessel used to cool wort. This allowed “wild” yeasts and bacteria to settle into the mix before it moved to the brewing process.

They began offering up their intentionally inoculated and fermented sour ales known as lambics, as well as lambic blends (known as gueuzes) and Flanders ales. Others not of Belgian provenance included Berliner weisse and gose, both from Germany. Goosed with naturally occurring flora in the wort stage, the finished brews were often aged in used wine barrels, where other lingering bacteria and the remnants of each vintage would boost the flavor profile further.

Properly prepared, these beers can range from light and fruity to verging on the complexity of a fine, dry red wine and lend themselves to a variety of food pairings. In fact, Wensell says that among traditional craft brew drinkers who lean toward a hoppy flavor, sours can often fall flat. But with wine drinkers who often claim to not like beer, sours are frequently a hit.

“The mouth feel of the product is going to be the same as wine, so I use that as my reference point for people who say, “I don’t really like beer,’” he says. “Ten to 15 times over the course of every weekend we see the beer person turn up their nose and someone who doesn’t like beer will go to the sours. It can really take people 180 degrees out of where they thought they were.”

Done wrong, the taste of a sour beer can skew toward the unpleasantly earthy or even, um … poopy. Because of their brewing process, even when done well, consistency isn’t the hallmark of sour beers. If you find a brand you like and stick with it, you can still expect flavor variations from batch to batch, Wensell says.

“Sours are kind of hit and miss, but they’re becoming more ‘hit.’ In my drinking experience, I’ve been punished by a number of sours,” he notes. “It’s been kind of an adventure in discovery. It doesn’t always go your way, but it’s always entertaining.”

Sours available at Bellefonte this month will be the Sour Claymonster, a sour Belgian quadruple (or “quad” – essentially an extra-strong Trappist-style ale) with flavors of tart cherry and caramel; a mixed fermentation with Brettanomyces bruxellensis (“Brett brux”) and Saccharomyces Trois (“Sacc. Trois”) yeasts that Wensell describes as “a big, bright. pineapple bomb”; Bellefonte’s second batch of Solera #1, a complex sour with a wine-like flavor that, with carbonation, comes off like a prosecco; and a bright and complex full Brett fermentation that features strong flavors of sour peach and mango. Wensell says he also likes to keep at least two sours on tap throughout the year, usually a blueberry and raspberry.

Searching your favorite beer shop for something to take home? Here are a few top-rated bottles to try:

Dogfish Head SeaQuench Ale – The only blend on the list happens to also be one from the locals at Dogfish Head Brewery in Rehoboth Beach. This session hazy golden sour combines three separate brews—a traditional German-style Kolsch wheat beer; a gose with hints of sea salt, coriander and black lime; and a Berliner weisse flavored with lime and lime peel. All three are aged together to produce a thirst-quenching drink that’s tart and citrusy up front with a hint of salt and a malty sweet finish. It pairs well with steamed mussels, grilled chicken and raw oysters for the main dish, or a bit of chevre during your cheese course. As a seasonal release, SeaQuench won’t be back around until the summer. 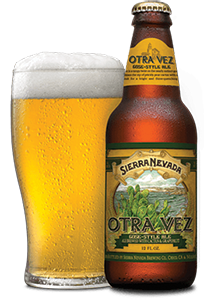 Russian River Consecration – A dark reddish-brown brew, Consecration gets much of its color from being aged in Cabernet Sauvignon barrels acquired from wineries local to the Santa Rosa, Calif., brewery, and from being spiked with black currant prior to the four- to eight-month aging process. What emerges is ale with a sour punch. Undertones of the wine remain, complementing top notes of currant, chocolate truffle, tobacco and spice. Its 10 percent ABV is as foreboding as its dark color, so take your time enjoying this one.

Weyerbacher Brewing Tarte Nouveau Session Sour – This light, refreshing and mildly sour offering originally began as an experiment by the Easton, Pa., brewery to see if it was possible to create a sour beer that wouldn’t contaminate the rest of its drafting and packing equipment. What first emerged as their limited-edition Zulu label has now morphed into this tart, pale-yellow ale that offers an easily drinkable 3.9 percent ABV and a dry, smooth finish. The subtle presence of cherries helps this beer pair well with light seafood dishes like ceviche and the earthier tastes of a beet and goat cheese salad. Be patient, though. This sought-after seasonal won’t be back again until spring.